December –the last month of our calendar year.  Short days and long nights.  Holidays include Christmas (honoring birth of Jesus Christ), Kwanzaa (celebrating family, community and culture, primarily in African-American families) and Boxing Day (celebrating the giving of boxes to public and private servants, primarily in the United Kingdom).  For me, December signals a time to reflect on my genealogy goals for the previous 12 months.  How well did I do?

Last January 1, my stated genealogy goals seemed mostly achievable. I did not anticipate any major issues.  My father-in-law’s death on February 17, 2019,  although not totally unexpected, impacted me more than I expected.  My father died in 1998 and my mother in 2007.  My in-laws have been my surrogate parents for the past 12 years. For weeks after his death, I felt mired down. I went through the motions on genealogy projects.  I barely managed to post regularly on my blog. The quality of some posts probably suffered.  Even simple tasks requiring minimal thought, i.e. scanning certificates from a cousin on dad’s side, overwhelmed me.

FYI. My mother-in-law is doing OK. We made it through the summer and winter holidays.  There were tears and happy moments.

Genealogy presented a coping mechanism. Using lessons and skills from the Genealogy Do-Over, I have a well-defined, specific process for reviewing, cataloguing and saving information.  These specific steps help me stay on-target, at least most of the time! Did I occasionally veer off and follow those bright shiny objects that detract from a specific goal?  Oh, yes! But, then, routine took over and I was back on track.

A new project especially helped with grieving. In July 2019, I presented Papa’s sister with copies of the Simmons and Ellerbee scrapbooks. The Simmons scrapbook, presented to Papa in 2013, traced his maternal lineage. The Ellerbee scrapbook, presented to Papa in January 2018, traced his paternal lineage.  I cleaned up source lists and included new information.  The tactile work of cutting and pasting proved therapeutic.

I became more aware of placing ancestors within historical and other perspectives.  For example, I reacted emotionally to the removal of Native Americans from Georgia to make room for my husband’s white ancestors.  I read two books on the topic and one book about the Federal Road between Georgia and Texas. Looking beyond dates and places, I gained a broader view of ancestors’ lives within the context of time periods and places in which they lived.  Consider the impact of local events, such as opening or closing a factory or a major weather storm, on individuals and their community.

I found the “Beyond Kin” project (https://beyondkin.org/ ).  The project helps descendants of slaveholders identify and trace their family’s former slaves. My husband’s paternal and maternal ancestors hail from various Southern states and most were slaveholders.  I downloaded the templates and began by entering slaves held by John E. Ellerbee (1808, Georgia – 1877, Louisiana) in 1850 and 1860.  I haven’t done anything beyond these initial steps. Reports to follow!

Overall, I feel like the fog has  lifted and I am again on semi-solid ground.

Death of my laptop computer caused a major, although temporary, setback. Fortunately, we knew the laptop’s end was near.  I had hoped to have a new computer before the old one’s demise. My computer savvy son built me a new desktop computer. What saved me?  Purchase of notebook computer in 2017 and regular, frequent backups to the Cloud and an external hard drive!

Two maternal cousins found my blog in 2018. We stay in contact. We regularly share information and family heirlooms such as pictures.   An unexpected result and blessing!

I pinned a print copy of 2019 goals to the bulletin board in my office. I tried to review these goals at least once a month. As I completed, added or deferred goals, I wrote the information down. These notes provide quick reminders of progress.

Here are my refined 2019 goals and actions taken during the year:

Met or partially met 14 of 21 goals set for 2019. Seven goals deferred to 2020. Two additional projects completed in 2019.  Overall, I may have been a bit over-ambitious with goals but am satisfied with progress. Over budget by $361.00.  Added two subscription services, paid annually, in 2019.  Two scrapbook projects were not anticipated when preparing 2019 budget.  Increase budget in these areas for 2020.

Blended families are not new or unique to the 20th century.  Genealogists regularly encounter men with sequential, multiple wives and women with sequential, multiple husbands.  Widows and widowers often married men and women with children from a previous marriage.  This series began with a  summary of one blended family in the Ellerbee family tree. Next, I told about James T.L. Powell and his 1st wife, Deborah A.C. Daniel. Now comes Catherine Brown, 2nd wife of James T.L. Powell and the tie that binds the Ellerbee and Barker families together. 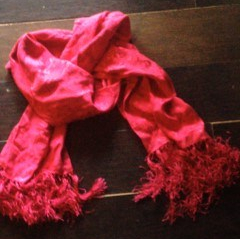 Catherine Brown was a Southern girl through and through. Moving to Texas when she was 12 years old, she barely remembered Mississippi before the Civil War. Her daddy followed an oft traveled route from the devastated South to the promise of a better life in Texas.  They possibly lived close to James T.L. Powell, Deborah and their 3 children. In rural Texas, ‘close’ could mean within a mile or two. When she was 16 years old, Catherine married 41-year-old James, now a widower, and assumed care of his sons, now  6, 9 and 11 years old. James had given up teaching school to become a farmer.  The older boys married, began their own families and eventually moved to Louisiana. Three children of her own (Katherine, born 1879; William, born 1882; Jessie, born 1889) enriched Catherine’s life.  An event in Louisiana in 1890 had unforeseen consequences. Alvey Monroe Powell, James’ 1st grandchild, was born to Peter and his wife, Evelyn Spinks. A visit was certainly in order. Whether Catherine and their young children accompanied James is unknown. In September 1890, 65 year old James died in DeSoto Parish, Louisiana, where he is buried.  Catherine, now 30 years old, became a widow with three young children. She endured for two years before marrying Elias Barker, a widower with 6 children.

This is the 3rd  installment of my series about one set of blended families. I followed the outline started with the 2nd  installment – person profile, place in history, narrative story. I found this format on a webpage with scrapbooking ideas. The format helps me to be more concise and to write a more interesting story.

Earlier this year, a Brown family descendant contacted me. The person is a DNA match with my father—in-law. We traded ideas and information about the names of Catherine’s parents.

What I learned:  Writing a narrative that isn’t just reciting facts is challenging. I like the finished result.

What helped:  Previous completed research on the family.

What didn’t help:  Waiting until the last minute to begin the post.  Incomplete research logs and copying of information to RootsMagic tree on my computer.